Elsinore is a small rural town located in Sevier County in Central Utah. As of 2017 the population was 874. The community was first settled in the spring of 1874 by James C. Jensen, Jens Iver Jensen, and others. The area was settled by Danish converts to The Church of Jesus Christ of Latter-day Saints, and named after Kronborg Castle, known as Elsinore in Hamlet. It was home to the Utah-Idaho Sugar Company factory (where one of Beard Care Club's owners great grandpa worked) for processing sugar beets into sugar from 1911 to 1929, but was closed due to a sugar beet blight.

Elsinore Town Fire Department is a 100% volunteer Fire Department, therefore funding is minimal. As near as we can ascertain, the Elsinore Volunteer Fire Department was originally started some time in 1977 or 1978. The First fire truck to provide fire protection to our community was a surplus fire truck that came from Fillmore City. Obtaining of the fire truck from Fillmore was made possible through the first Fire Chief in our community, Chief Frank Crowe. As memory serves, the interest in a town fire department came about shortly after a devastating fire at the Vance and Nona Allan property in which Vance's workshop was completely destroyed. The only items that were removed from the shop before it became impossible to re-enter the building was 2, 200 amp Lincoln arc welders that Dallas Allen (Vance and Nona's son) was able to retrieve, with one in each hand.

That fire was fought by Monroe and Richfield Fire Departments but because of the amount of time that it took for both departments to arrive, the building was fully engulfed. It must have been discussed at the time from town residents that if only there had been a fire truck in our town to respond sooner, perhaps the loss would not have been so great. With that, Elsinore Fire Department was off to a start. As near as old memory cells will allow us, these are a few of the original members of Elsinore F.D.: Frank Crowe, Mrs. Crowe, Jo Lowe, Vance Allen, John Bodtcher, Jerry Bodtcher, CR Wood, Vance Allen, Kevin Moore, and unknown others.

Over the years, efforts have gone forth to obtain additional and state of the art fire fighting equipment. Elsinore Town has put over $50,000.00 worth of bunker gear, fire fighting equipment, SCBA (air breathing equipment) hose, and radios in the fire trucks, as well as hand held radios for each fireman in the department. This equipment cost us through our budget about $16,000.00. 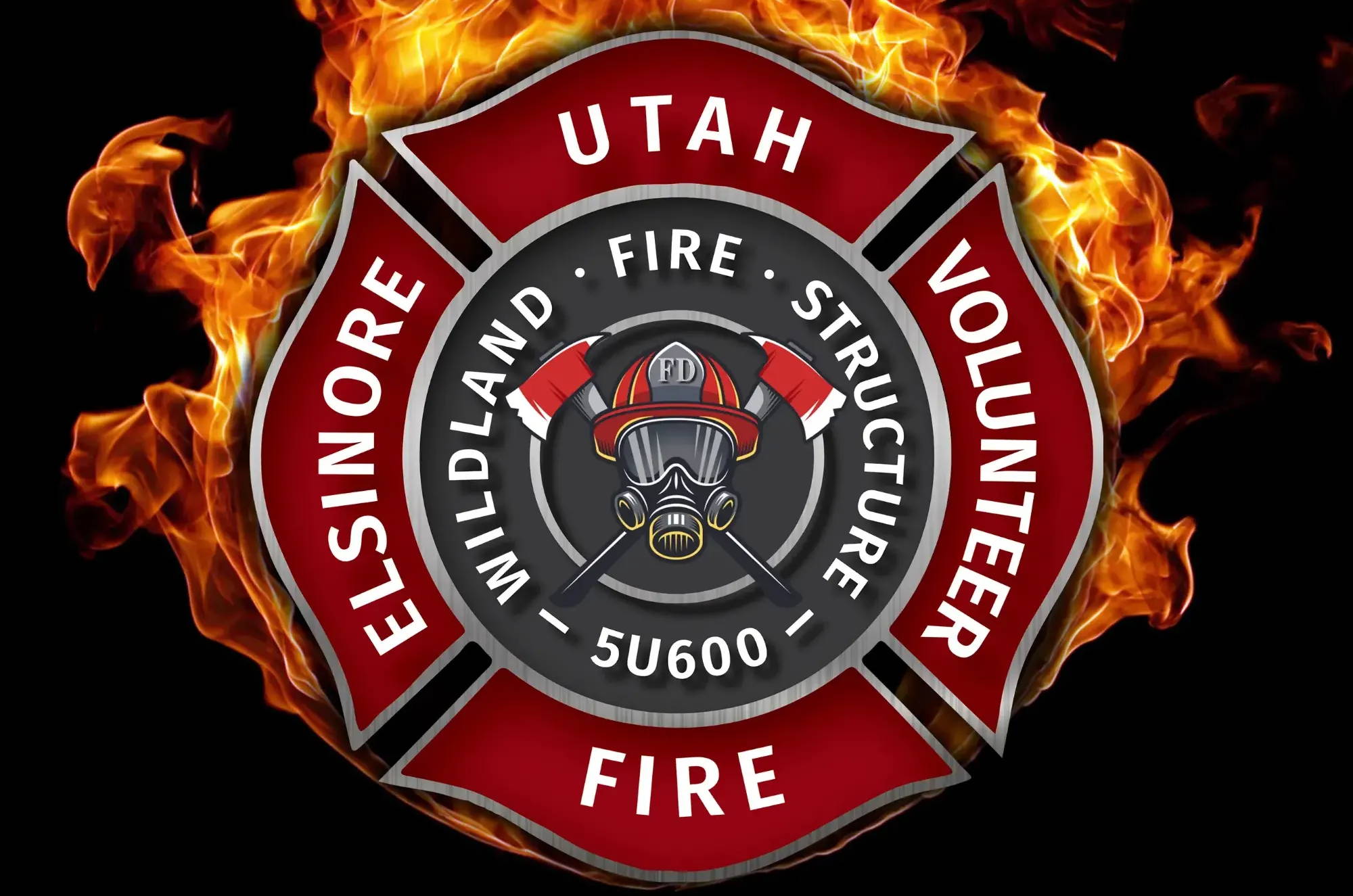 Beard Care Club sent Mr. Beard-tastic products to review on his YouTube channel. Donny (one of BCC's owners) was chatting with Patrick (Mr. Beard-tastic) about the town he lives in and how rural and small it is. Patrick mentioned that he was a retired firefighter and even worked as a volunteer firefighter and described the struggles a volunteer fire department has, which is where the idea began. In November of 2019, Donny was elected as a City Councilman for the town of Elsinore. In one of the City Council meetings the fire department discussed expired gear and needing funding, but being a small rural town, funds are obviously not what they are for a large city. Donny mentioned the meeting to Patrick and they came up with the idea to do a collaboration. Beard Care Club has come out with "Firehouse" in Beard Cream, Beard Oil, Beard Balm, and Mustache Wax.

For every "Firehouse" product purchased, $1.00 of each item will be donated to the Elsinore Fire Department. This will be an ongoing effort as long as Beard Care Club is in business. There is no time limit, no expiration date, and they are not subscription items (you will not be charged monthly). Every quarter Beard Care Club will donate the proceeds on your behalf.

Thank you for taking the time to read this, and thank you in advance for your patronage and helping out our local fire department.

*Coupon codes are not valid for Firehouse products, and samples are not available for this product*

Click on the image to be taken to the product page